Cholesterol And A Clogged Media 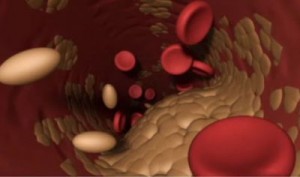 Bad news in the newspapers (now there’s a change); statins can now give you cancer. The hopeless Jenny Hope, writing for the Dail Mail, describes the ongoing problems with Inegy, a combination cholesterol drug simvastatin/ezetimibe medication. But as usual, that’s not the real story, Jenny is.

The real story is that since 1999, Jenny Hope and her newspaper have been repeatedly sent scientifically validated information by Credence so they can advise their readership how to lower cholesterol levels naturally without the need for such risks, yet have completely ignored it. Richer still, these are the same newspapers that, in the week when the pathetically named NICE, the NHS’s ‘drug-rationing’ body, is being hauled over the coals for not allowing low-income blind people to receive drugs that could restore their sight, Britain’s hypocritical media has refused to cover Food Matters, despite being sent dozens of copies of Permacology’s award-worthy documentary for impartial review. How many lives could this film save?

Of course, they are frightened. You see, staying healthy does not require a lot of medicines. None, in fact. Exercise, hydration, real food – most of it uncooked, some straightforward supplementation, and staying away from stress, should make sense to everybody but sadly it doesn’t, because no-one’s really being told. Even Jamie Oliver’s giving up. And please don’t make me laugh about the so-called ‘alternative health sections’ in newspapers written by ‘experts’ who appear to have received their education more from the Breakfast Cereal Box School of Nutrition than from any learned seat of common sense. Unsurprisingly, most of those have ignored the film as well. With regard to the real method of reducing cholesterol naturally, you’ll be pleased to hear the groundwork’s long done and goes something like this:

FEARS OF CANCER LINK TO STATIN USED BY

A drug used to treat high cholesterol could cause cancer, doctors warned last night. Heart experts called for caution over the use of Inegy, which is taken as a daily pill. At least one leading specialist said he would not take the drug, while others said the jury was still out.

The U.S. has ordered an investigation into Inegy, which combines the widely used statin drug simvastatin with a new medication called ezetimibe.

In Britain, about 300,000 NHS prescriptions have been dispensed for Inegy in the last two years. Other patients use ezetimibe on its own.

NICE, the NHS ‘rationing’ body, last November approved wider use of ezetimibe for the treatment of hypercholesterolaemia, a condition leading to high concentrations of cholesterol in the blood.

Results from a controversial study published yesterday in the New England Journal of Medicine show a higher than expected number of cancer cases reported among patients taking Inegy.