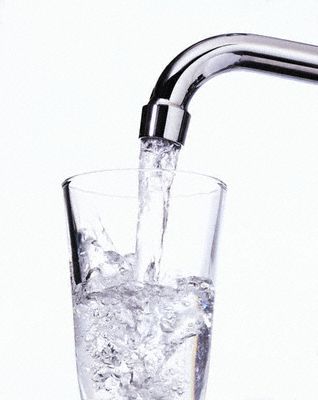 In this article you will learn the importance of water, both in exercise, generally in your health and it’s effects on your general health as well as how to hydrate to reduce blood pressure.

Many athletes and fitness enthusiasts fail to drink enough water. Relying on thirst as an indicator is not enough. It can take up to 48 hours for your thirst to tell you that you are dehydrated. Hot climates, sugary drinks and alcohol make it worse.

Water is the most abundant, and most important, nutrient in the body and is often neglected, due to foolish beliefs by some that water consumption adds weight, inhibits performance and causes cramps during workouts. Quite the opposite, however, is true. “To re-hydrate is to rejuvenate”

If we did nothing else but drink more water, including substituting water for sugary fizzy drinks and juices, we would feel a tremendous impact on our overall health. In Fitness establishments over the last 25 yrs I have witnessed people sitting around waiting for their turn on the machine or free weights, drinking fizzy drinks that actually dehydrate them due to the excessive amounts of salt and sugar such soft drinks contain.

It is important to keep water in your system !

For every measure of tea, coffee or alcohol, you would need to intake the equivalent measure of water to maintain hydration, in addition to your 2-2½ litres.

If you are dehydrated this will make your blood thicker than normal, and therefore increase the pressure through the arteries and veins, a cause of increased hypertension.

You are advised to drink 3 glasses of water upon waking, and get your 2.5 litres in daily, reducing/eliminating the dehydrating fluids. It will take approx 3 months of constantly applying the above, to reduce hypertension naturally.

Eat 3 times per day, as per recommended foods article.

Try and balance each meal so that it’s about the same size.

It will take approx 3 months of constantly applying the above, to reduce your blood pressure.

Two thirds of the human body is water.

It’s contained in blood, bones, skin and internal organs. Surprisingly even dense muscle is half water. Water is involved in nearly every bodily process, including digestion, absorption, circulation and excretion. Water is responsible for transporting nutrients throughout the body, building new tissues, and carrying off waste products. It is vital to optimum performance and, obviously, to life itself.

All foods contain water, which is absorbed by the body during digestion. Fruits and vegetables contain the highest amount of chemically pure water. But this fluid does not count as part of your daily intake. The average adult requires 2 – 2½ litres of actual water every day! Only drink your water between meals, do not drink water with a meal, it is a good idea to leave 30-60 mins either side of a meal so that you do not interfere with the natural stomach acid used to digest your food..

Tap water, groundwater and even well water are usually contaminated with environmental toxins, pesticides, industrial wastes, metals and nitrates. To obtain the purest source of drinking water, install a home water filter or purification unit or bottled water. We personally use a Reverse Osmosis Filter, and add natural Celtic Sea Salt to replace the nutrients and balance the electrolytes

During strenuous exercise, the body regulates its temperature with perspiration – its natural cooling system. Sweating helps keep the body cool only if the perspiration stays on the skin. If it immediately evaporates, as occurs in the extreme dry air of the desert climates, this is where the body’s cooling system fails to protect you. In a dry arid environment, the body’s demand for fluid intake increases. The rate of fluid loss during exercise depends on the length and intensity of the routine or activity and the environmental conditions, such as, air temperature and humidity.

The average athlete’s body contains approximately 40-45 litres of water (1litre equals 1kilogram). Fluid losses due to exercise make water intake a primary concern. A sedentary 75kg adult in a temperate climate can lose between 3 and 4 litres a day through perspiration and excretion. The same person in desert conditions could lose up to three times that amount. This compared with a 75kg marathon runner who can lose as much as 9% of his entire body weight in one marathon race. This gives you some idea that it is extremely important it becomes to re-hydrate. The dangers of dehydration are not just restricted to the endurance athlete, anyone who exercises can lose up to 5 litres (over 1 gallon) during a 1-1 1/2 hour intense circuit training, aerobic kickboxing or martial arts class. Oh and ladies who glow and don’t sweat. I am sorry you sweat. Sweating is the body’s own mechanism to assist in bringing the body temperature down.

When you exercise and the body starts to dehydrate the blood thickens and the ability for it to flow around the body is reduced the heart is put under increased pressure and the body is prevented from working aerobically. At this stage you must reduce the effort you are putting into your workout. If you don’t the body will produce energy an-aerobically for a short period of time, after this, fatigue takes over and the muscles stop working.

If you have ever experienced sluggishness and soreness or dizziness after a hard training session this could have been dramatically reduced with the intake of plenty of water. It is a fact that intake of water before, during and after training sessions dramatically reduces muscle soreness and lactic-acid build up in the muscles. It simply flushes out the toxic by-products of exercise, without the intake of adequate amounts of water the body cannot effectively wash out the toxins from its cells.

Most nutritionists recommend between 8-10 glasses of water a day this does not include, tea coffee, fizzy drinks or alcohol. These products only serve to dehydrate the body even further. Just applying a little discipline to include more water in your regular diet and whilst exercising should not be too difficult, the benefits to your body and the way you feel will surprise you.

There are some people who have misguided beliefs about fluid loss being a means of weight loss, water contains no calories whatsoever and has no effect on body fat. I am sure most of you have been keeping one eye on the boxing fraternity and the discussions around weight loss through dehydration and how it affects the brain size inside the skull these are extremes but it gives an insight into the importance of drinking sufficient amounts of water. A good indicator as to whether or not you are drinking enough water is the colour of your urine; except for first thing in a morning this should be colourless.

If you’re exercising for an hour or less in moderate temperatures, taking in water may actually hamper performance

Fluid replacement during exercise has long been seen as important for endurance performance, especially when the exercise is to be performed in the heat. That view still holds good when exercise of longer than an hour is undertaken. However, new evidence from researchers at the University of Cape Town Medical School in South Africa suggests that for an intense exercise period of one hour or less in moderate temperatures (eg, 20 deg C, medium humidity), the ingestion of water during exercise is of no benefit and may even reduce performance capacity. This may contradict the practices of many athletes and coaches currently involved in high-level performance

In the Cape Town study, eight endurance-trained cyclists used their own bikes which were mounted on a cycle ergometer. First, they performed a test which involved cycling as far as possible in one hour. The exercise intensity was found to be about 85% of peak oxygen consumption, and the amount of fluid lost as sweat was found to be approximately 1.7 litres each. At both seven and 14 days later, the cyclists repeated the one-hour performance, while randomly ingesting either no fluid or approximately 1.7 litres of artificially sweetened, coloured water

What the scientists found was that less distance was covered in the trial when fluid was allowed than when no fluid was taken. The distances covered were 43.1km (no fluid) and 42.3 (fluid). The reduced intensity of exercise was found to correspond to a reduced heart rate during the fluid trial (166 beats per minute was reduced to 157 bpm). In addition, a subjective measure of abdominal fullness not surprisingly showed evidence of a ‘bloated’ sensation during the fluid trial happen?

A possible explanation for these findings is that drinking interfered with the subjects’ ability to concentrate on cycling at the very high intensity required (85% of peak oxygen consumption). Also, a large amount of water may have remained in the intestines due to reduced absorption into the body at such very high exercise intensities. This would have caused the bloated sensation and adversely affected concentration

As an alternative to pure water, a carbohydrate-electrolyte solution may have improved both absorption from the intestines and the utilisation of water inside the body space. The last point refers to the fact that fluids with a moderate carbohydrate-electrolyte concentration have a greater tendency to remain in circulation (blood volume) than pure water, which tends to move to the less useful intercellular space. Functions such as temperature control and regulation rely heavily on the maintenance of blood volume.

(Any carbohydrate ingested during exercise of less than one hour is unlikely to be used to produce energy.)

Thus, given the findings of this research study, those athletes who compete in events of little more than an hour’s duration may have something to learn. Namely: taking in large amounts of fluid during a competitive race of one hour or less is not necessary and is possibly detrimental

This is especially so if the competition takes place in typical British or (now that we’re in the European Union) north-west European weather. However, despite the fact that absorption of water is restricted during very high-intensity exercise, SMALL amounts of fluid (weak carbohydrate-electrolyte solutions) are unlikely to inhibit performance significantly and are probably still beneficial. Experimenting during training can help individual athletes find a technique that suits them personally

Nevertheless, in spite of these findings, fluid ingestion remains of paramount importance for more lengthy exercise periods, especially those of greater than two hours in the heat and high humidity. In such cases, the amount of fluid lost as sweat is sufficient to make impaired performance a certainty, and dehydration and hyperthermia distinct possibilities. Finally, pre-exercise (up to two hours before) and post-exercise fluid intake also remain priorities for all exercise types and durations when optimum performance and recovery are required

Fit for You will work with you, and advise ongoing how to get your water intake correct, and you will be on the road to a healthier you.