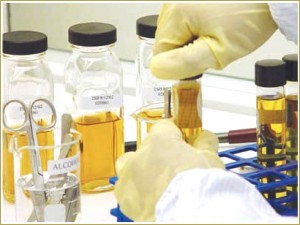 If you think you’re completely healthy,

you’ve not had enough tests yet

Today the medical/clinical testing industry rides high on public fear, doling out everything from mammograms to cholesterol tests, thyroid to blood sugar readings. Most still believe doctor knows best and if he calls us in, it’s because we’re overdue for a clinical test, so grab your scarf, Mabel, the wind’s got a chill this morning.

This is another of those times when the middle course must be steered, and alas, many of us are hopeless at it. Rarely do we question the ‘experts’, when we could, or hold them to account, which we should. As government becomes bigger and becomes more involved in our lives, the public grows ever more harassed and bossed about. I’ve come across the same baleful establishment attitude in many countries, which can only be described as a deep, overriding contempt for the public, who are hectored, bullied and coerced into compliance and treated like naughty schoolchildren.

Millions today drug up their kids on the basis of fraudulent ‘diagnoses’ like ADD, OCD and schizophrenia, naturally assuming the ‘experts’ know what they’re talking about. They don’t. Millions more are talked into taking statins for non-existent heart conditions, warfarin (rat poison) for chunky blood that could be thinned out permanently by diet and exercise, and genetic tests so women can have their healthy breasts lopped off to save them getting breast cancer. This is progress?

Snake oil takes on a new look when you examine how drugs and tests are marketed today. Most newspapers in Britain have a health section once a week comprising 8-10 pages of stories which are nothing more than thinly-veiled drug advertorials. Remember the postcode lottery scam for Herceptin? Everyone panicked that they weren’t going to get this breast cancer ‘wonder-drug’ because they lived in the wrong area. Notice that in all the hype and kafuffle, no one questioned whether the drug actually worked at all, much less its abysmal safety record:

Breast Cancer Drug Blamed For Deaths: Genentech XE “Genentech”  Inc. mailed a letter to doctors Thursday warning that the breast cancer XE “Breast cancer”  drug Herceptin XE “Herceptin”  has been linked to 15 deaths and 47 other adverse reactions in patients. In nine of the 15 deaths, symptoms arose within 24 hours after Herceptin was administered, according to the letter. Genentech is working with the FDA to have the drug’s label amended to reflect the new risks.[1]

Perhaps a label like: ‘Warning. Can cause symptoms leading to death within 24 hours.’

After seeing the toe-curling performance of our medical peers in the fallout over Andrew Wakefield’s research on MMR, nothing short of an ‘Elephant Man’ drug-trial disaster gets anyone to admit there’s a problem. And in the latter’s case, no-one was eventually blamed for what happened to those ‘guinea-pigs’, who have since been advised most will probably contract cancer.[2] One of them already has.[3]

11th – 13th April 2006 saw an interesting event occur in Newcastle, Australia: The Inaugural Conference on Disease-Mongering: ‘Everyone who attended the conference learned something new. We learned that the techniques of ‘disease-mongering’, in particular the expansion of the boundaries of disorders, the medicalisation of normal life events and the portrayal of risk factors as diseases are prevalent in the medical marketing world today.’ [4]

The British Medical Journal also discusses clinical testing a cause of disease-mongering: ‘There’s a lot of money to be made from telling healthy people they’re sick. Some forms of medicalising ordinary life may now be better described as disease-mongering: widening the boundaries of treatable illness in order to expand markets for those who sell and deliver treatments. Pharmaceutical companies are actively involved in sponsoring the definition of diseases and promoting them to both prescribers and consumers. The social construction of illness is being replaced by the corporate construction of disease.’ [5]

Peter Gotzsche of the Nordic Cochrane Centre in Copenhagen, writes: ‘In some countries, women are invited for mammography in a letter in which the date and time of the appointment have already been fixed. This puts pressure on these women, who must actively decline the invitation if they don’t want to be screened.

Sometimes, women are asked to give reasons for not attending appointments, as if it were a civic duty. In leaflets, women get simple messages   that cancer detected early can be cured, and early cancers can often be treated with breast-conserving surgery. The data tell another story: no reliable evidence shows breast screening saves lives; breast screening leads to more surgery, including more mastectomies; and estimates show that more than a tenth of healthy women who attend a breast screening programme experience considerable psychological distress for many months.’ [6]

Mammograms can cause breast cancer – official.[7] Though, if you think about it, persuading millions of women to slam their breasts in a cold fridge door and irradiate them with over one thousand times the rads of a chest x-ray would seem a trifle contrived if you were attempting to rip off the public. The irony is, these sincere, well-meaning souls who schedule you for your prostate test or mammogram have all the best intentions, much like the disabled guy collecting for cancer at the motorway service area. They are sincere. And they are sincerely wrong.

‘I went into medicine with the idea that I was going to save all of these lives with all the tricks and tools that medical doctors learned. And what I found was that very few of my patients got well. I often did harm to them. This was quite disturbing to me as a young doctor. What was even more disturbing was to find out that this failure had been fairly well documented in the scientific literature – but it doesn’t fit anybody’s advertising campaign.

Science says one thing and the public believes another because the public relations machine benefits the economics of the drug and medical industries. Mammography is a fraud. The 8th January 2000 issue of the Lancet carried an article stating that mammography XE “Mammography”  is unjustifiable. Of the eight studies done, six of them show that mammography XE “Mammography”  doesn’t work, and yet the American public believes this is a time-honoured, definite way of saving their lives from breast cancerXE “Breast cancer” .’ [8]

A non-invasive, non-radiation alternative to mammography is Digital Thermal Imaging (DTI)[9], or alternatively, breast self-examination.[10] What other tests are you being lined up for that could be avoided, along with the corresponding mental anguish? Did you know that menopause is not a disease, irritable bowel syndrome can be caused by digestive upsets, and ADD/ADHD is mostly badly-fed kids capping off because they’re not forming prostaglandins?[11]

Be wise and ask questions.

[10] For more on this subject, see Ransom, Steven Great News on Cancer in the 21st Century,Credence, 2004