Prostate Cancer Test or Not? What Doctors Don’t Tell You 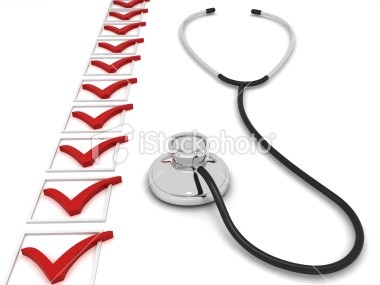 Medicine has got it all wrong when it comes to testing (test or not) for prostate cancer, a new study has discovered.  Elderly men – who get no benefit from the tests – are being screened every year, while those in their 50s are often not being tested at all.

Around half of all men aged 70 and older are having a PSA (prostate-specific antigen) test every year, which is around double the rate of those in their fifties who are having regular tests.  Even men aged 85 and older were being screened as often as men in their fifties, say researchers from the University of Chicago.

But it’s all a pointless exercise.  Men who develop prostate cancer in their 70s will die with the disease, and not from it.  Worse, a positive test could trigger aggressive treatment that is unnecessary and damaging, say the researchers.

I often hear of medical tests done on people where there is no real benefit.

More often is the case that it causes unnecessary worry for the patient and their family, and brings ill health to the attention of the individual.

A few years ago, a client of mine took up the Metabolic Typing with us, and had been doing very well on it, his visual signs of health had improved, as well as how he felt. So, based on our intentions being to deal with reality and have this persons body less reliant on symptom masking drugs, we suggested he go back to the doctor to see if they would reduce some/all of the 14 different items of medication he was on, if his test results confirmed our observations.

A report from the tests the doctor performed, showed his blood sugar levels had lowered (he had Type2 Diabetes) his blood pressure & cholesterol levels were lower and his overall wellbeing had improved, great! You’d think…

No attempt was made to reduce the prescription at that point until my client insisted that they take the results seriously, pointing out that if they had said things had got worse, the doctor would not have hesitated to increase or add to the prescription (that was how he got to the 14 items on his prescription sheet)

With or without a positive result, the system seems to encourage medication and just to ignore any real positive changes in the patients condition, especially with a view to reduce or stop taking medication.

If you look for something hard enough you’ll find it, but what are the benefits?

What will be the result of a test? If you don’t want to medicated, don’t have the test, if there are no benefits at your time of life, don’t test.